In Russia, according to the census, now about 65% of citizens permanently reside in multi-storey buildings. In large cities, this figure will be even higher. And what is the first way to control access to an apartment building? Of course, this is an intercom door station on the access door. The vast majority of these devices are analogue audio calling panels; models with the possibility of video shooting are much less common. The classic coordinate matrix intercom at the entrance to the staircase and the handset in the apartment provide ACS for several generations. In this way, the simple task of two-way audio communication and opening the door is perfectly solved.

However, given the development of high technology, it would be strange not to take advantage of existing experience. Many firms have done so. Now on the market there are a large number of IP door station models. In addition to the basic tasks, such an intercom is immediately equipped with a video module, the ability to call on multiple devices, recording video to an archive. A variety of hybrid, modular solutions, models in specialized, protected cases are offered. Manufacturers give the buyer the choice of a complete set of the door panel, which can significantly expand its functionality.

The most versatile and scalable here is the use of SIP – intercoms, which have all the advantages of IP – devices. Additionally, the concept of the Internet of things is satisfied – all SIP devices will easily work on the same network. An independent CCTVlab laboratory has tested multi- site SIP intercoms.

When shooting a visitor in a room, his face remains distinguishable under normal conditions and in the opposite light. When shooting at night with the built-in backlight, the image retains good detail.

The interface has extensive camera and image configuration capabilities. There are settings for SIP, call duration, alarm events for opening doors, door opening control, viewing video from the panel and controlling speaker volume and others. It is possible to disable echo cancellation. 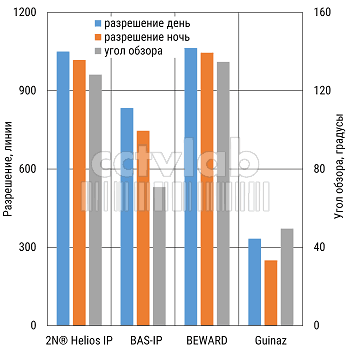 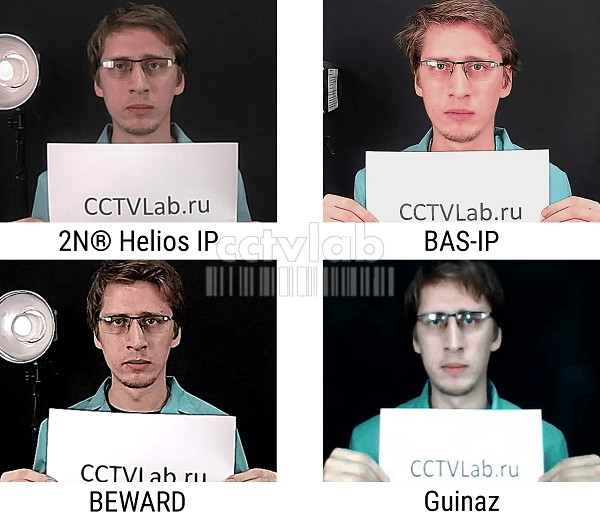 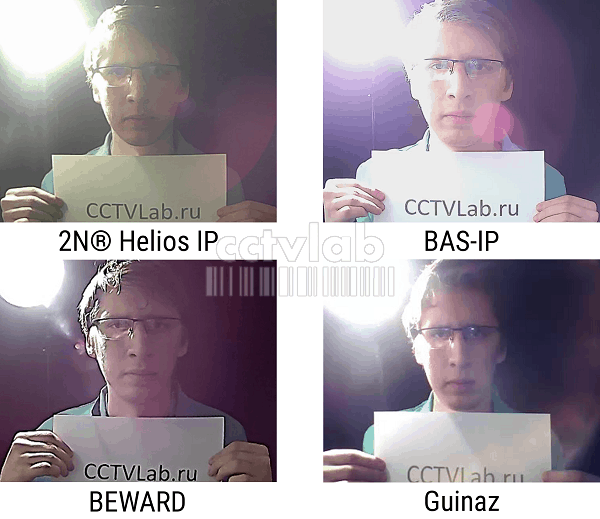 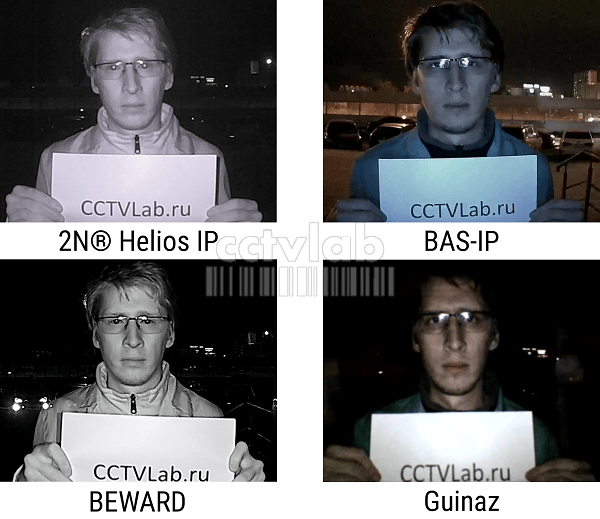 Currently, several lens options are used in video intercoms: pinhole, Fisheye and wide-angle. Pinhole execution is characterized by invisibility and compactness. The viewing angle is small, but the visitor’s face, thanks to this, looks larger and closer to the intercom. A wide-angle lens allows a good view of the visitor at a fairly close distance, while a small area near the visitor is visible. Fisheye has a large field of view, but visually puts off the visitor’s face and reduces its image. Accordingly, the image of the person making the video call on the monitor will be different. The laboratory shot a visitor standing in the center of the image at a distance of 45 cm from the intercom. 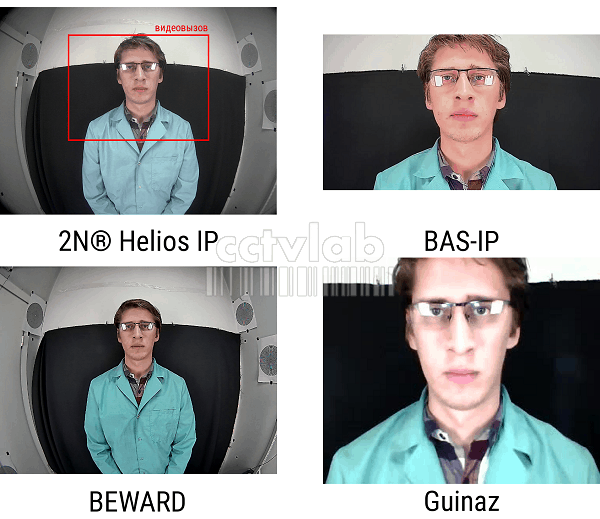 Another situation is real and quite ordinary, when the intercom is located on the wall next to the controlled door. The visitor made a call and walked to the door to wait until it unlocks. Or, the person at the entrance is not opposite the intercom lens. The loungory house shot a visitor at a distance of 45 cm from the intercom when it shifted 20 degrees from the center of the image. All panels allowed in these conditions to accurately recognize the visitor. 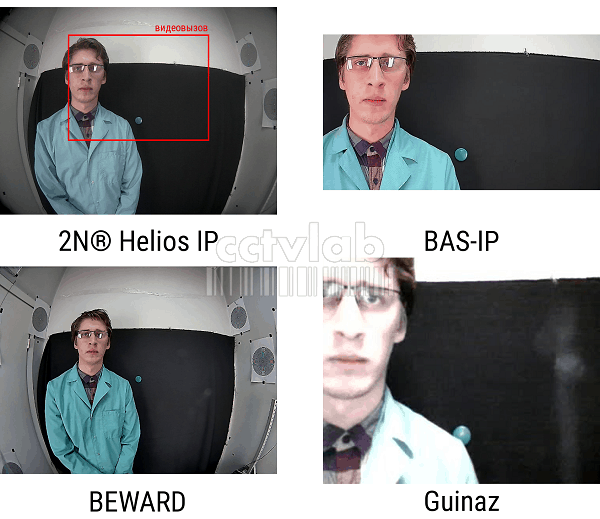 Multi-party calling panels have confirmed that they are easily able to cope with our tests. They provide two-way high-quality audio communication and video surveillance sufficient for recognition. The prospects for introducing into an existing access control system or developing a new system with a heart in a video intercom are very wide. They allow the installer to design a reliable security system at the facility. The possibilities of using the SIP protocol are impressive; it allows theoretically introducing any compatible device anywhere in the system. Given this, the installer should pay close attention to such panels.

Intercom systems compatible with SIP protocol have unlimited scalability and extensibility. Thanks to this, the implementation of any complex security system solution becomes acceptable in the building. The use of IP devices in residential areas or large office centers will create a developed secure infrastructure for monitoring and surveillance. At the same time, its operation will be available both for installation organizations and for residents. The ACS capabilities in each panel will further expand the application of the classical principles of intercom in the modern developing world.

The full version of the article is available on the CCTVlab independent laboratory  website .

About the Author: Anton